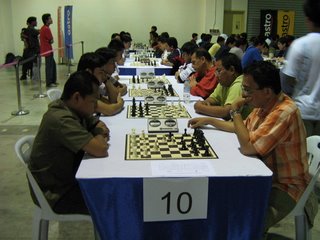 Notice on the left, he is Mark Paragua! 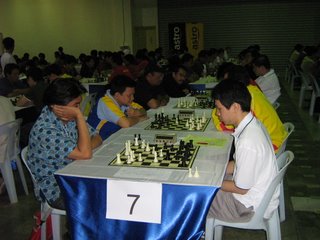 Notice on 4th board is stonemaster Fadli.. 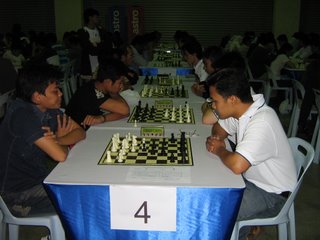 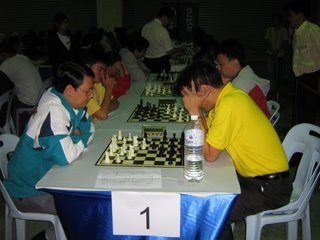 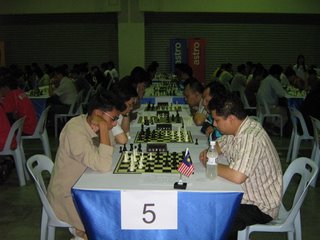 On the right Malay Master Team! 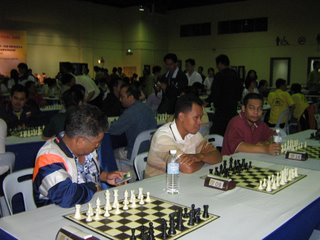 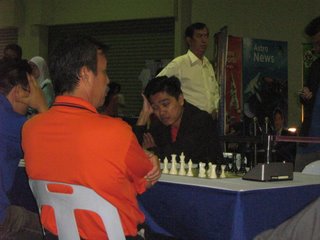 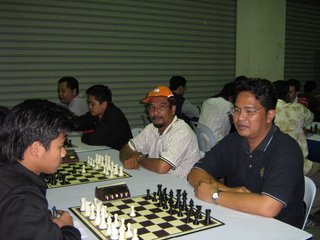 CIDB Team, one of them is a friend - Sharul 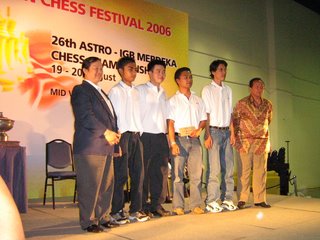 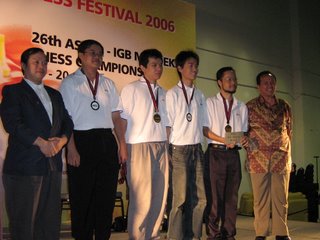 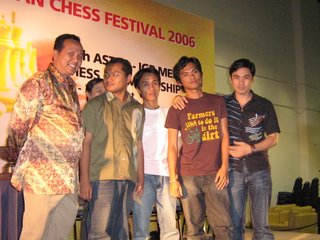 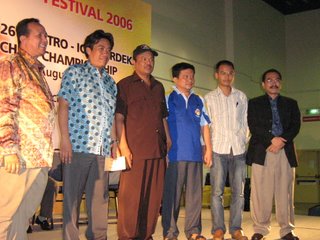 2nd from Right, Haq with team from Indonesia 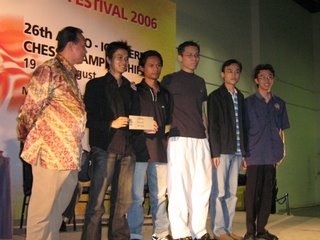 One of Malaysian Team receiving prizes 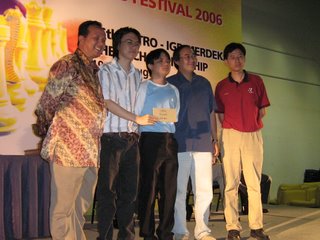 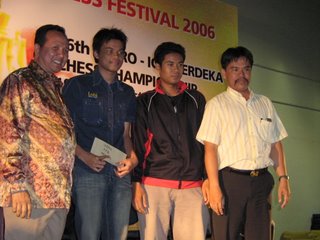 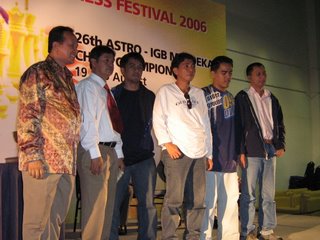 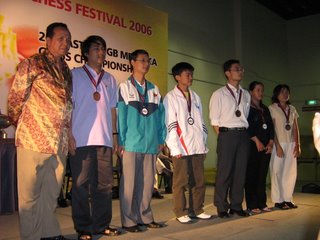 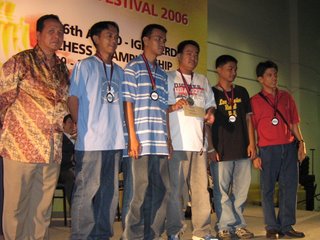 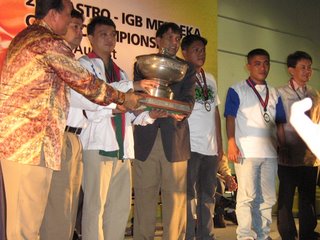 Alohaa...
Hi guys, I played in the recent ASTRO Merdeka Team Championship (Rapid) 2006. I played for team "Puteri PCMM". And my team result was... hmmm... quite bad, but I think the worst performance was me! me and only me! (I think?!).. in games that I shouldn't lost, I lost merely on time! why oh why? Did I fall asleep or what? So I kind of upset with three of my games, in which I lost on time, Round 6 lost to Manila - Ali Atienza team, Round 7 lost to Bumiputra Sarawak, and Round 9 lost to Multimedia University.

Because of the recent result (Puteri PCMM in 53rd place, with my score below than 50%), after the games, I started my everyday chess, even if I am too busy, or only have few minutes to study, but I can never stop.. Want to know why...

It is because of Nelson Mariano II (from Philippines - Tagatay city team).. I knew that guy, we've met in Asian Junior 1994, and we used to be closed at that time, we chat whenever we have the chance to do so during those games. But in Merdeka this year, he seems like he doesn't know me at all. And somehow that upsets me a lot. Because, it shows that, if I am nobody, then nobody there for me, no one whom I can call friend!. Okay, if that is the way it goes, then I am in! You'll see me again Nelson Mariano next year! And next time....

Thanks to PCMM for sponsoring the team, thanks so much to our team member, Roslina Marmono, Haslindah Ruslan, and adik Nur Nabila Azman. We give our best shot, didn't we!? Till the next Merdeka.

There are 64 teams taking part, mostly Malaysians, the rest are Philippines, Vietnamese, Indonesians, Chinese and one team from Myanmar. The competition is hot when those GMs competing for their teams to be in top place... Wow, I feel the tension throughout the games... ;-)
My brothers are also taking part, Kamal Arifin played for DBKL, they won best government team, my elder brother Kamal Azmi, and my youngest dearest brother, Mohd Khair played for the same team, Knight Revolt, their team scored 18.5 points and placed 28th overall, Khair played quite well (6 points from 9 games) considering he always played in the first board. Kudos to you!

Best Malaysian
1. ASTRO B
2. ASTRO A
3. University Malaya A - Pelajar

And here some pictures taken during the games..enjoy!!!