Our world as said in My Side Of Story...
Pic on the right : Seen on third board of the pic Haslindah (the one that inspires women in chess) vs Lim Kian Hwa. 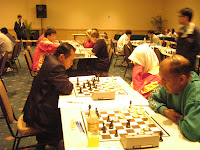 Alia Anin vs Indonesian player. She is playing in DATMO as a preparation for World Youth in October this year.

Oliver Dimakiling from Philippines against another filipinos.
Pic on the right : Ian vs Ismail Ahmad 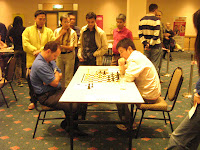 GM Marat vs GM Li Chao. This is an interesting game to watch, coz Li Chao never give up in attacking Marat, and Marat was defending well too. But one slight mistake for pushing the e-pawn cost Marat the game. Before Li Chao take advantage of the blunder, he gave a disbelief look at Marat.. 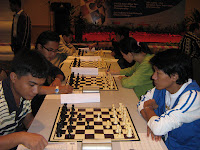 On the second board : Mas is playing against WGM Li Ruofan 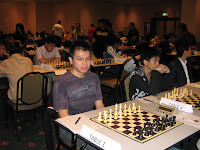 Another Malaysian : FM Lim Yee Weng who gave an impressive performance in DATMO, he finally got his IM! 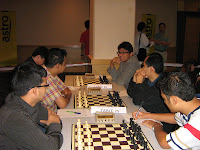 Before event, they chat.. when it all started, the battle begins

GM Susanto was leading the pack in the beginning, and he beat Li Chao in the process too.. But I guess, it is a hard task to maintain the lead..
Pic on the right : WIM Irene Kharisma against GM Zhang Zhong

The GMs in action!

First Table : GM Susanto vs GM Marat (at the beginning)
Second Table : GM Zhang Zhong.. and he got second place too at the end.. 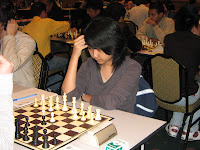 WIM Irene gets another WGM norm in DATMO.. 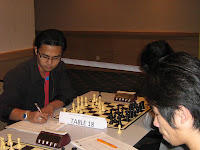 Ambank chess challenge attract players from Bangladesh, Indonesia, Japan, Philippines and of course our locals. It is a tough section where I witness most of the foreigners' are in the top spot! But our players did the best too!!

The first round of Ambank Challenge. Players seems to be on a relaxed mood...
Pic on the right is my brother, NM Kamal Arifin took part in Ambank too 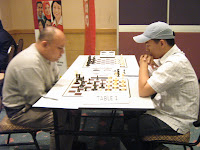 Kamaludin in deep thought in round 11 (final) of Ambank Chess Challenge. He got himself in third place! 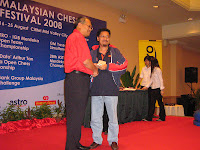 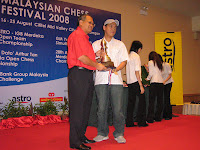 And the Champion - from Phillipine!

Gold IS Berhad managed to break the all filipino's winner by becoming second in the Team Standing,
Pic on the right is the winner this year!... If I am not mistaken, they were in the top 5 list last year.. I noticed that coz IM Julio Sadorra in the team :-) 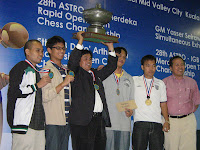 Here are pictures taken by me during the Merdeka Rapid 2008
Enjoy!!! 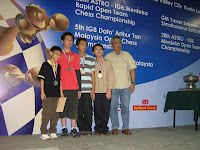 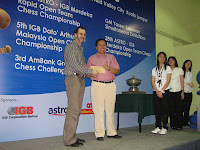 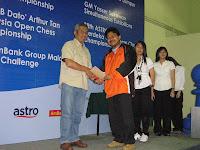 The players.. On the right, Power Girls in action

Team Astro with our IM Mas leading the team. On the right Jax Tham's Team

with Jimmy Liew and Mohd Kamal Abd in the team. (Right) the veterans from New Zealand (I think)

Astro (W) - From left: Haslindah, Nurul Huda, Alia and Nur Shazwani.
Pic on the right is Lim Yee Weng's team with Nicholas and Marcus in the Team.

This U-12 Kids really tough! With Nabila and Yeoh Li Tian in the team.
Pic on the right is AsliMAS team, with NM Kamal Arifin, Mohd Saprin, Kamaludin, Fairin and Zambri in the team.

Lim Kian Hwa is still in the Sarawak's Best!
Pic on the right: IM Mas vs Nur Nabila 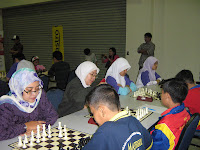 Astro (W) in action against those cute boys that represent Malaysia in Danang last June. 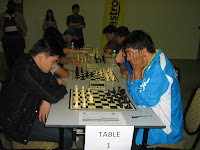 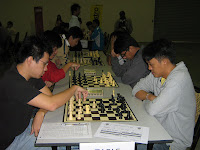 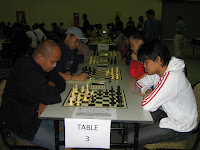