MSSM kick-off from 16-20th March 2009 at Hotel Goldcoast Klang. Selangor is the host this year. All the states taking part will be competing for the medals in both events taking place during MSSM. Individual event - L18 and P18, L15 and P15 and L12 and P12, and Team event with the same under age group as well.

Who will reign the title this year? Well.. for some under age group the winner is as expected, but for some, there was unexpected upsets created! Kelantan Team P12 might be experiencing trouble since they lost to KL today. Last year P15 champ is not leading the competition this year, due to her lost in the second round. Now Vicki Hong is in the lead! L18 also experiencing the same upset where Justing Ong lost to Sumant in the 5th round.

to find out more comments for MSSM click gilocatur's blog

for further info on the result, En Muhammad Arshad from Catur Terengganu is providing us with the result.

White To Play And Mate In Two Moves 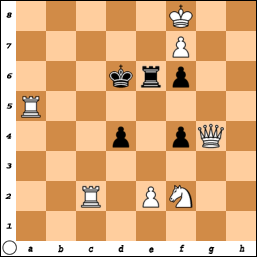 Try solve it on your own without using any chess program.It keep us in the right track to improve our game..good luck.
Posted by NWM 019-9699879 at 6:54 PM No comments: 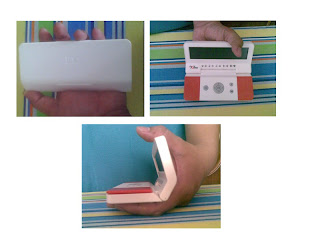 The new way to play! The revolutionary foldable DGT 960 chess clock can easily generate one of the 960 starting positions for the new way to play Chess. The display shows symbols indicating in which position the pieces have to be placed on the board. It brings many chess-lovers back to the chessboard. The aspect of having a lead through knowledge of theory about chess opening moves sequences makes way for creative thinking.

Get the chess clock that does it all! DGT 960 gives you everything you need to time tournament and speed chess—and many other board games—with electronic accuracy. What’s more, DGT’s latest is the first clock to automatically generate 960 (Fischer Random Chess) starting positions with the touch of a button! This idea of former World champion Bobby Fischer, who recently passed away, has been the most important improvement in chess since 500 years. This chess clock is a gadget that every chess player would wish to have.

DGT 960 is also the first folding chess clock. It’s packed with technology, but slips into your shirt pocket with room to spare! Yet it opens to give you a big, clear display! Single-time-control clock, packed with features!