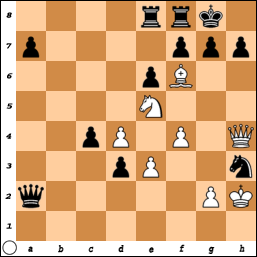 In the position above it looks like White is in deep trouble with only few pieces left to fight.The question is

a)Is there any solution for white to escape from losing in this position? 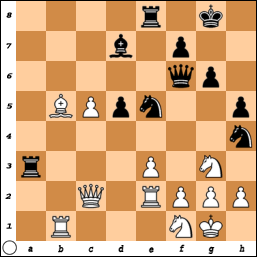 In the position above it looks like Black pieces coordinate on attacking the king side .The question is

a)From your point of view what is the best continuation for Black to play? 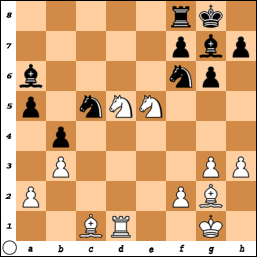 In the position above it looks like an equal position for both side .The question is

a)From your point of view what is the best continuation for white to play?

Thanks to the Arbiter Nazli Johardy Johari, here are the results :

Karnival sukan Universiti in on once again this year, and chess is one of the sports contested. 2 golds, 2 silvers and 2 bronze are up for grabs for both mens and womens chess team in deciding who is the top three best universities in chess arena beginning from 17th May - 20th May at Dewan Pusat Kegiatan Pelajar at Universiti Utara Malaysia (UUM) Sintok, Kedah!

last year at Sabah, the game had been play via individual rounds and it was won by Gerald Soh from UM. This year the game in turn becomes a team event again, so the best team shall decide the course of the game!

Universiti Malaysia Pahang (UMP) too is not left out in the excitement of the game same like any other university, we had our Latihan Pusat training from 7th May to 12th May at Pusat Sukan UMP. On the 12th at 10pm the chess team headed to UUM without the coach (now I feel sad for not being able to be with them).

Though I am not at UUM to watch over the players but I juz wanted them to know, that all prayers goes to the team. As much as I wanted juz any colour of the medals but the most important thing as a trainer all I ever wanted for the players, to play at their best despite winning or losing! I juz wanted them to be proud of what they have become before and after the training.

Though for the first time UMP is sending both men and women's team to the games but we are without any reserve players. So, our strategy is basically on the individual strength as we placed the players accordingly to level of strength of our future opponents. Most of the players are playing in their first MASUM except for our hope NM Zarul Shazwan. But I do hope some improvements can be seen at MASUM.

In the Mens' Team, there are 14 teams taking part, being UMP placed as seeded 7th - first round UMP are up against the host, UUM. The score : UMP 2.5 - UUM 1.5. Second round, UPM vs UMP, I thought we could have another win, but UPM managed to level the game and the result was a draw 2-2.

Some improvements were seen in the games of our board 4 players : Yu Chai Soon. However I have yet to see the improvements from other players likes Hafrez and firdaus.

In the Womens' Team, there are 12 teams taking part, being UMP seeded 9th overall. First round : UTM vs UMP we lost with a 2.5-1.5 margin. With our first and fourth board losing their game. Second round : UMP vs UPM, we lost again with a margin of 1-3. With only board 2 winning her game and the rest lost theirs.

Though I should not expect much from the ladies since this is their first tourney and first time experiencing such a big event, but i have my high hopes that these players can perform better, coz what they are playing are not at the real potential that I predict they would be.