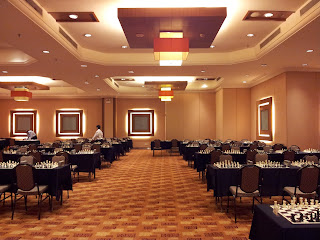 We are ready for the merdeka age group tomorrow! 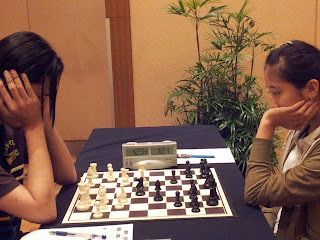 Could it be the "Prince of Persia" conquering the "Princess"? Hahah..we shall see..

A GM Is Always a GM No Matter How Many Years He Left Competitive Chess.. 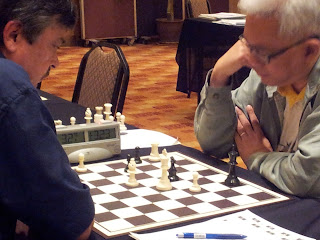 And my statement is proven here.. GM Kayumov displayed his GM strength against Jimmy. 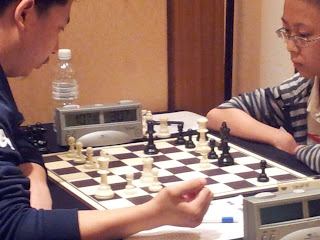 Do you recognise him? 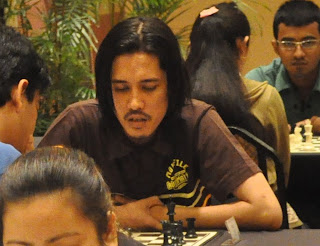 I hardly recognised him on the first day. Someone told me the new look resemble "Prince of Persia". Err.. well.. 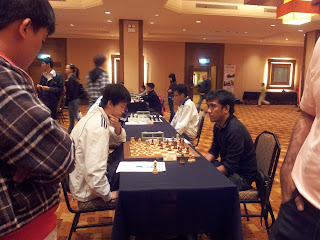 Both IMs playing together on table 1, while on second table both GM facing each other. On table 1 is the battle of IM Lu Shanglei (2526) - IM Oliver Dimakiling (2414).

I forgot to bring the charger (who wouldnt, since i am borrowing my sister's camera), so I cant take as many pic as I usually take every year. But i am trying to update pictures using my handphone. It is kinda slow compared to using laptop to do the posting but at least it will keep the readers updated.

Tomorrow is a free day for the players but not for us as arbiters and helpers, we will be busy welcoming about 400 kids tomorrow Merdeka Age Group! awsome turnouts right? hahaha i bet all of us will have headache tomorrow to control all the kids esp the young ones..

The boy that made the biggest upsets yesterday.. 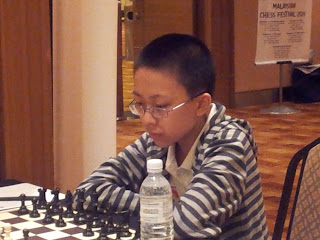 This 12 years old Bai Jingshi may not be of everybody's radar before this. But when he won against WGM Ju Wenjun yesterday he made the headlights.. Who would believe the score when the rating is so huge gap. Bai Jinshi - 2151 and Ju Wenjun - 2515. 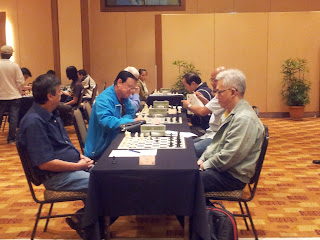 Only 2 players in the seniors section with perfect score after round 3 and they met today. I think Winner of this match will be the champ of this category.. GM Kayumov vs IM Jimmy Liew. 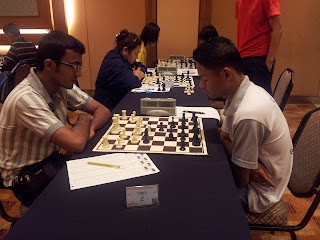 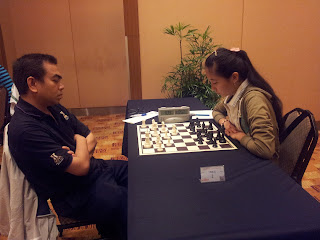 On table 1 Fadli vs Kurbonboeva. Is Fadli going to be the one that stop this girl? 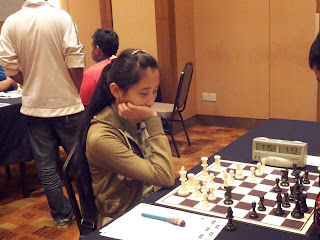 This is the girl that i spoke off in my earlier post. Kurbonboeva Sarvinoz rated at 2133 from Uzbek. 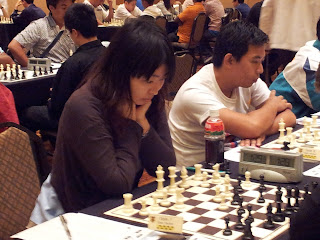 WGM Ju Wenjun rated at 2515 from China. I found her name so familiar, then i realise that she was the champ of 1st Hangzhou WGM tournament this year. 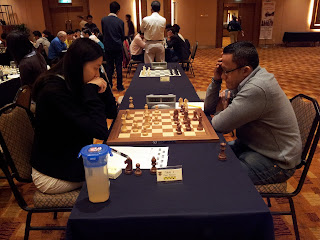 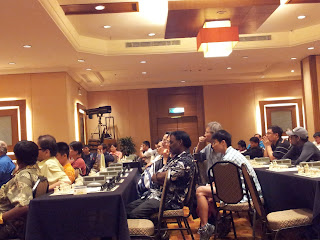 I am using my handphone to keep readers updated.. i think this is a success... ;-))

I am currently at Cititel Hotel Midvalley. Malaysian Chess Festival is underway right now with lots of interesting stories. I will try to keep updated with the events but just incase you want a fast updates login to Gilachess's blog or the official blog for more info.

Though it is a surprise that not many Malaysian players take up the challenge to play at either events, but at least there are some that willing too. Cant blame the others too, coz it is after all ramadhan month and unfortunately this festival is held on a non-school holidays time.

IM Mas is not in the list, coz he is currently pursuing his GM norm playing at Los Angeles. IM Mok is missing in action too. But surprisingly IM Lim Yee Weng is here, good to know that he still interested in chess after working in Singapore and having a married life!

IM Jimmy is also playing but - not in Open section.. he is playing in Seniors Open (aged 50 and above category). Since the age is change in this section many local regular players turned up to play, that includes Mat Zaki Yeop, Mustafa Said, Jax Tham and others.

In the Ambank section - we have a female player from Uzbekistan in the first seed named Kurbonboeva Sarvinov rated at 2133. If she wins this event, then it is going to be the first time that a female champions it.. :-)) But we have others to challenge her, that includes our local Zaidan Zulkifli, Masrin, Abdullah Che Hassan, Khaushal, Muhd Syazwan, and few others plus one WIM Cristine Mariano (GM Nelson's sister) from the Philippines.

So, lets kick start the tournament!