There will be Blitz Chess held at the Chess Centre in Kuantan on the 7th August 2010.

Time control : 5 minutes to finish
Round : 7 rounds swiss system
Venue : B90 Level 1, Jalan Dato' Lim Hoe Lek, Kuantan (Next to Akojaya and Car Accesories, and near to LA Hotel, and opposite of Stadium Darulmakmur)

There will be food and beverage too.

Good news to all participants at the coming 3rd Kuantan Master Rapid Junior 2010. New rate for entry are as follows :

BUT, if registration with payment is made before 1st August 2010, discount RM5 will be given to non-member. Those who has paid the previous fee shall be refunded during the tournament. 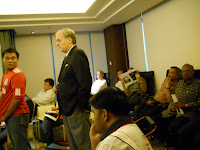 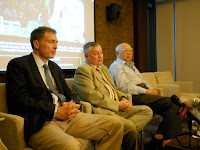 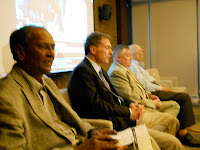 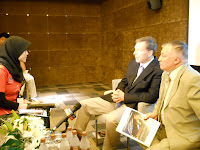 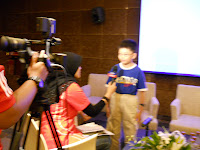 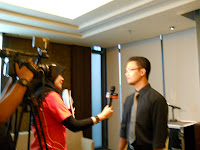 Pic left : It's Yeoh Li Tian turn to be interviewed as our chess prodigy
Pic right : Then IM Mas. But in astro arena only IM Mas interview was featured in the news (and I am right when I told him that he speaks english during the interview!) 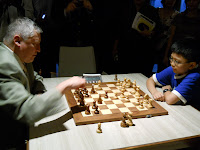 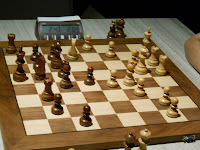 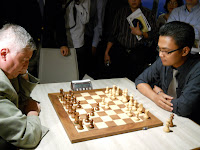 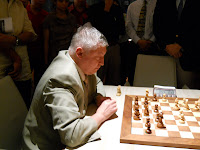 Pic left : IM Mas turn to face the 12th World Champ
Pic right : Karpov in serious mood during the game. This is the first time I caught him in action, and I was there the entire game! (whoa!!) 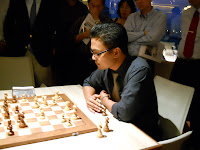 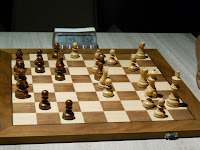 Pic left : IM Mas was trembling the entire time, including the time where Karpov analyse the game and showed him the better moves.
Pic right : This is the position. Look equal huh?! but IM Mas blundered a rook few moves later. And he had no idea that the Rook was free until Karpov took it! It's ok Mas, everybody knew your expertise is in Classical game. 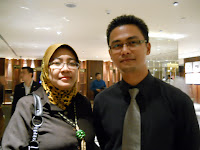 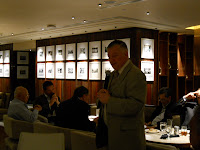 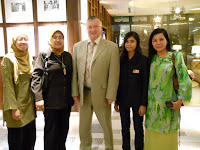 L-R : Khairunnisa, Haslindah, my 2nd cousin-niece WCM Nur Nabila and my 2nd cousin Zazaluma (is it in the genes, that coincidently we play chess?hmmm)
Posted by NWM 019-9699879 at 4:52 PM No comments:

It was raining heavily when I arrived at LRT Ampang Park on that day and I had to walk in the rain to reach G Tower City Restaurant. Arrived cold and wet at the 28th Floor, meant nothing to me, as when I saw him again after the first and the last time I saw him was in 1993 at World Junior Chess Championship in Bratislava, Slovakia, my heart was thumping hard! There was the surprise look on everyone's face when I showed up there for the press conference and dinner.


Who am I referring to? It is none other than the 12th World Champion, Anatoly Karpov! He was in Malaysia as part of his Asian tour in his FIDE Presendential campaign. If I only I get the chance to play against him, then that will be most memorable of all time!! (hahaha), but unfortunately I am not the chess prodigy nor Malaysia's No 1 chessplayer to get that chance (huhuhu). 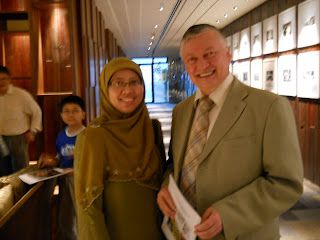 But nevertheless, it was great to get the chance to take photo with him again (the first time was lost somewhere, or else I would get him to autograph on the pic), and to get his autograph on a chessboard and his press campaign booklet. And I am in a good mood talking about it that night with friends and the next day to my friends and siblings and who would have thought that, the cloud 9 time would turn into a horrible feelings when a very rude person gave my car a hit and run! (terrible!)
Posted by NWM 019-9699879 at 8:11 PM No comments:

As reported here. The former world chess champion is coming to Malaysia! And the best news is, I am invited to the press conference held tomorrow! Yeay!!

I am thinking about asking question during the press conference (and i have a lot in my mind now, but wonder if it suitable for the event, since he is here for the FIDE Elections), and posted in this blog, but, hmm wonder what question would that be? Anyone can help me out on this one..
Posted by NWM 019-9699879 at 4:52 PM No comments: 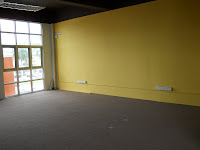 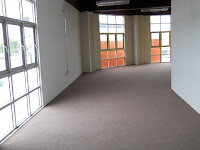 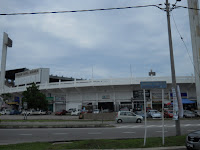 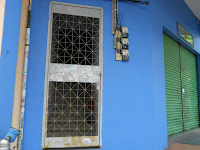 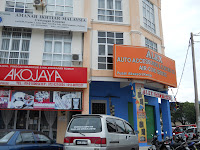 It is located at B90 Level 1 Jalan Lim Hoe Lek. Opposite of Stadium Darulmakmur, and the next building to it is LA Hotel.
It is not that big, but I think it can accomodate about 60 people at one time. I have just got the keys, and chairs and tables will arrive later as I had just made bookings last saturday. Wiring and furnishing of the centre will be done by this sunday. In any case ALL CHESS ENTHUSIATS are INVITED for the opening of the chess centre on the 7th August 2010 at 11am. There will be blitz and food & beverage during the opening.
Thanks to our first contributor to the centre small library, I received 2 chess books from dear friend, Ilhamuddin
Posted by NWM 019-9699879 at 4:33 PM No comments: 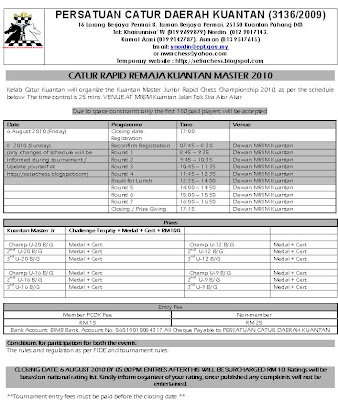 Announcing our 3rd Year of Kuantan Master Junior Event in recognising the BEST JUNIOR player under the age of 20 years old. The 1st year was held at SMK Paya Besar, the 2nd year was at SMK Sg Soi and this year we shall have it at MRSM Kuantan.

The tournament is open to all youngsters out there at the age below 20 years old in and outside Kuantan. With the 7 rounds swiss system and the time control of 25 minutes to finish.

The last 2 years installment was won by Muhammad Khairilhelmi Rosseli from SMK Abdul Rahman Talib Kuantan. Will he retain the title that he won for 2 consecutive years? We will find out when the game is kick off on 8th August 2010!

The Champion of Kuantan Master shall have his/her name crafted at the Challenge Trophy and the sum of RM100.