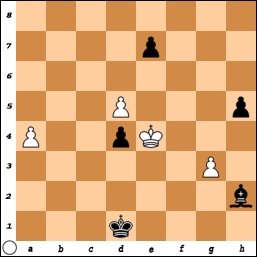 In the position above as you can see Black has an advantage by one piece.The question is

a)Is it possible for White to do something and prevent from losing?
b)Can Black easily win in this position? 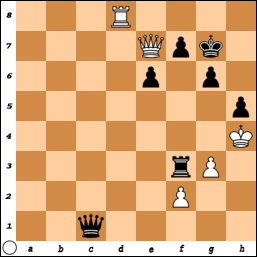 In the position above as you can see Black has an advantage by two pawn.The question is

a)Is it possible for White to do something and prevent from losing?
b)Can Black easily win in this position? 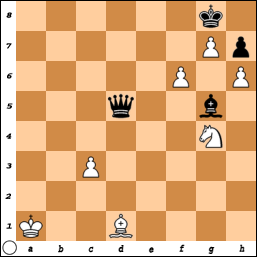 In the position above as you can see Black has a King+Queen+Bishop+Pawn VS White with King+Bishop+Knight+Pawn .The question is

a)Is it possible for either White or Black to win in this position?

Paragames is a competition for all OKU athletes of various sports. It is held right after after the SEA games. Last year it was held at Korat Thailand, but this year since Laos doesnt has the facilities to hold the event, Malaysia will be the host for the event that will be held in KL from 12 - 20 August 2009.

Chess is one of the sports too, but the chess tournament due for 15 - 19 August 2009 for the 16 Golds offered in B1 (total Blind or visual impaired) B2/B3 (partial Blind) combined B1,B2 and B3 and physical handicap men and women.

In Korat Malaysia won 2 Golds from the Ladies Team and individual gold, so this year Majlis Sukan Negara expect more golds from Chess. Currently Chess is under category B, but if more gold were added this year, Chess will be under category A, which means more benefit for the players.

The incentives for the golds are as good as the normal athletes taking part in the SEA Games which is RM5000 for every gold medals delivers! (for your info Chess is also part of the SEA Games in the year 2001 at Vietnam, 2003 at Manila, and 2005 at Singapore, and we won Bronze medals too in the Games, but it is not held in Korat since Thailand is not a force in chess at the ASEAN region, hope next 2 years when Indonesia is a host we shall see Chess in the Map again!)

This year the coaches will face a very difficult challenges coz most players are very new to chess, but the coaches will definitely are trying their best so that the target of 4 golds set by the Head Coach En Latif Mohamad will be a dream come true!
Posted by NWM 019-9699879 at 3:44 PM No comments: 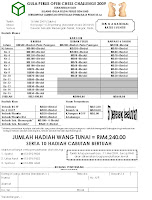 Month of May is sure a very exciting month for avid chess fans here in Malaysia, tournaments not juz held in KL but all parts of Malaysia, Dungun Open will be on 9th May, while Perlis Open will be on 16th May 2009. For your info, this is a National Rated Event. So, if guys out there who wants to have fun travel to the north and wants your name to be in the national rating list, go and join this event!

As been informed by En Nor Azmi Mohd Nor -

There will be a Dungun Open this saturday on 9th May 2009 at UiTM Dungun. I think this is a annual event coz I remember it was held last year and the year before that too.

I am encouraging all Kuantan Players to take part in the event if you are looking for placing or even a worth experiences coz East Coast top players will surely play in the event! Below are the details of the event :