To all non-muslim readers, Happy Holidays! 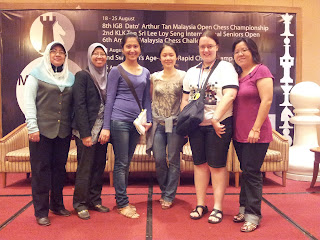 Same as last year I learned a lot from the experience - En Najib and En Hamid not just regarding the swiss manager, but the arbitrating aspect as well ( I really appreciate the knowledge! thank you very much). It was fun, when I started to questioned things based on my logic and chief would always answer back in technical perspective. But still, I dare not make a major decision yet though my judgement is the same as the chief and en Hamid. Perhaps with more higher level of difficulty of tourneys that i would get myself involved in maybe then the courage will spur on its own.

But beneath the above interesting things during the Malaysian Chess Festival, lies a deep cut that I hope I would forget soon. I have been planning to play in Merdeka Team and formed a team with a friend who resides in Australia. For 2 years we have been planning this, and this year she finally managed to get back home in time for Merdeka Team. So we decided to do some trainings and gather others to join in. I said to myself, finally I have a team, and finally I wont feel left out like last year Merdeka. But unfortunately I am not allowed to play. It is sad. As raining kept pouring Midvalley thru out the tournaments that is how I feel. I tried to gather myself and pull whatever that is left of me to make the event a successful. And I try to make myself happy by joining the girls and strategizing on how to accomplish our goal to win the Best Ladies Team. And it works!! Isnt that great! But I still feel left out because I wasnt playing in the team like I should have...So I dont know.. I will think about Merdeka again when the scar is healed. But right now, it is too painful to even talk about it.. 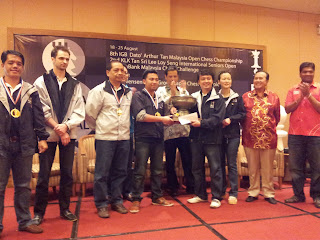 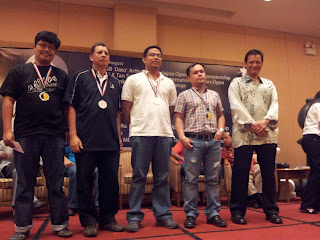 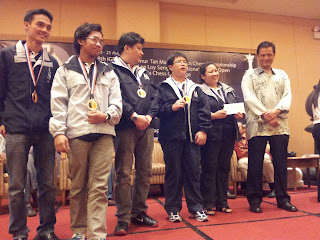 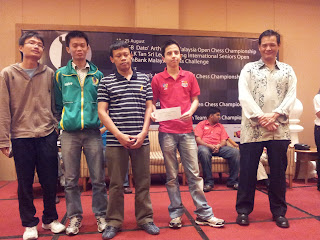 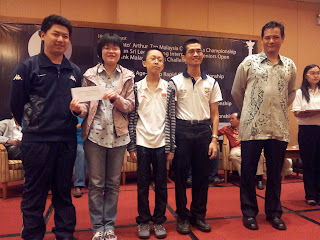 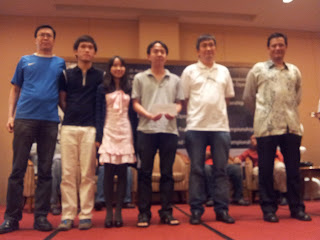 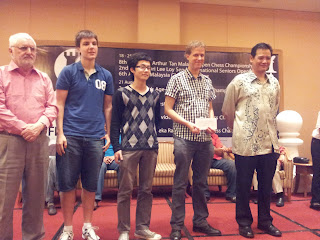 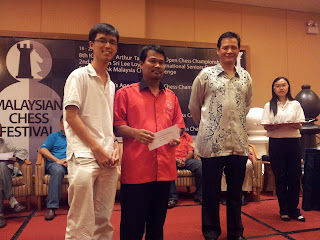 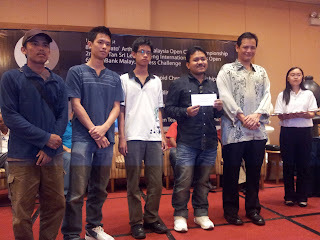 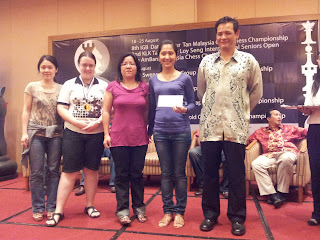 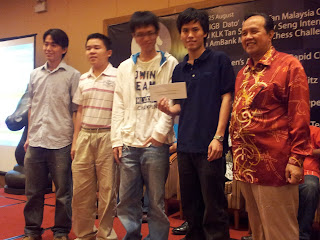 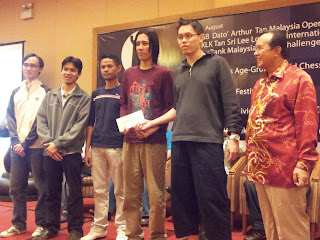 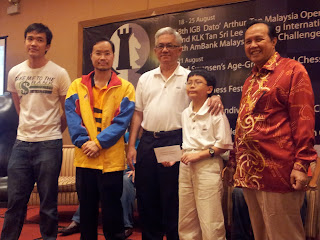 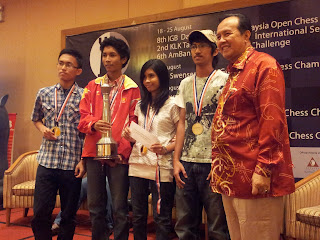 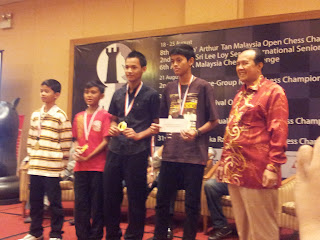 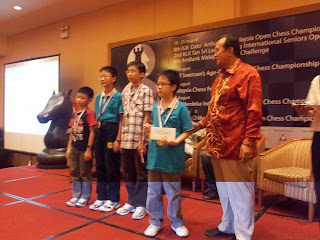 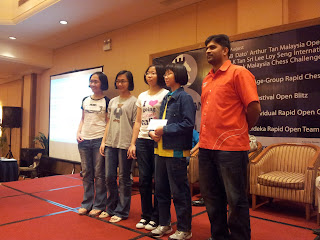 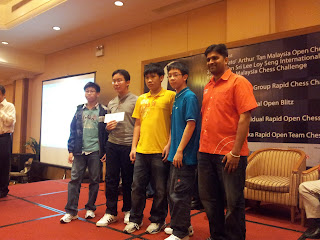 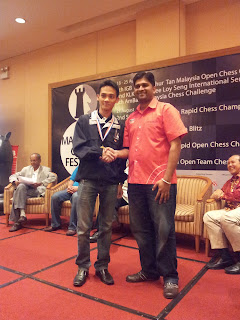 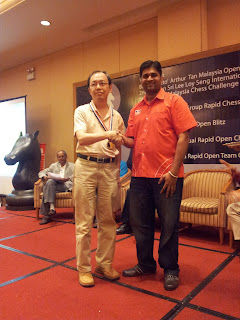 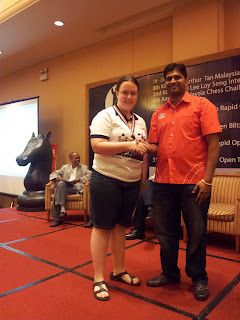 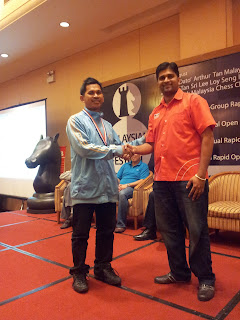 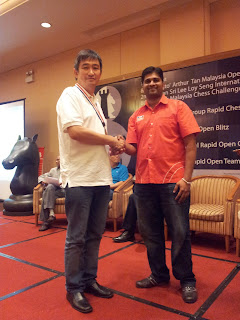 We have 2 best board 5 becoz the result was a tie. 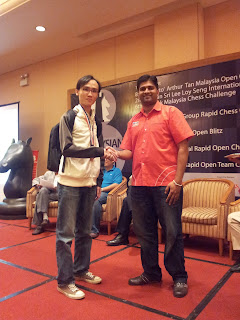 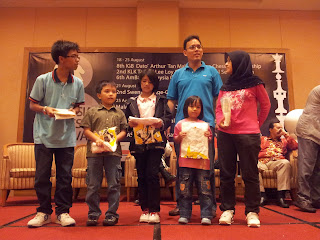 Those who wants the full result, please dont ask from me, it is not from my laptop, therefore i cant answer to your demands, but I do have the excel file to keep you updated until the full results posted at chess-results. 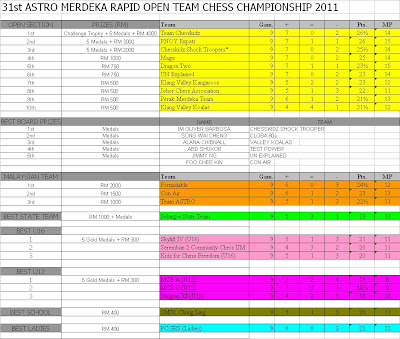 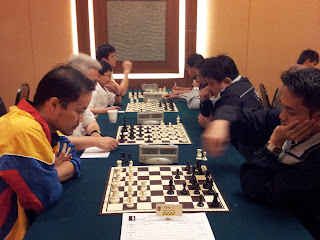 It is going to be a close call between our Astro Team when they meet Chesskidz Shock Traders. Becoz astro is just half a point behind tournament leader Team Chesskidz who is facing Dragon 2 on table 1. 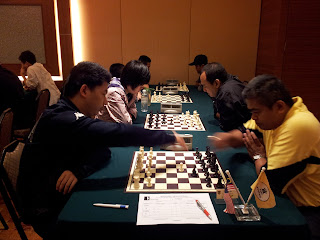 Surprised to see these EMT which stands for Engko Memang Terrer jump to top boards. They are playing on table 6. Seen in pic is GM Wan Yunguo vs Ng6, while Shamsol vs Zhai Mo. Ariez on board 4 meet against Chong Kwai Kun. Rusdi is late as usual.. Wonder will he survive against the young Bai Jingshi.